This was the preliminary filming for the NBC TV show “Chicago PD”. We filmed on location at Cinespace Studios and the Chicago Police Training Academy and worked with real Chicago Police Officers as advisors to the actors. To me, this was the most interesting part. Some of the cops were so far undercover, they infiltrate world-wide drug trafficking gangs that are operating here in Chicago. Looking at them, you would never know they were cops, and you may feel a little nervous if you met them in a dark alley. They, of course, can not be filmed. One important Pro tip for makeup artists: don’t forget to include sunscreen in your kit for your actors or talent when filming on-location in the Summer. The red skin does not look good on film 🙂

Here is a snap of the Chicago PD cast on-location: 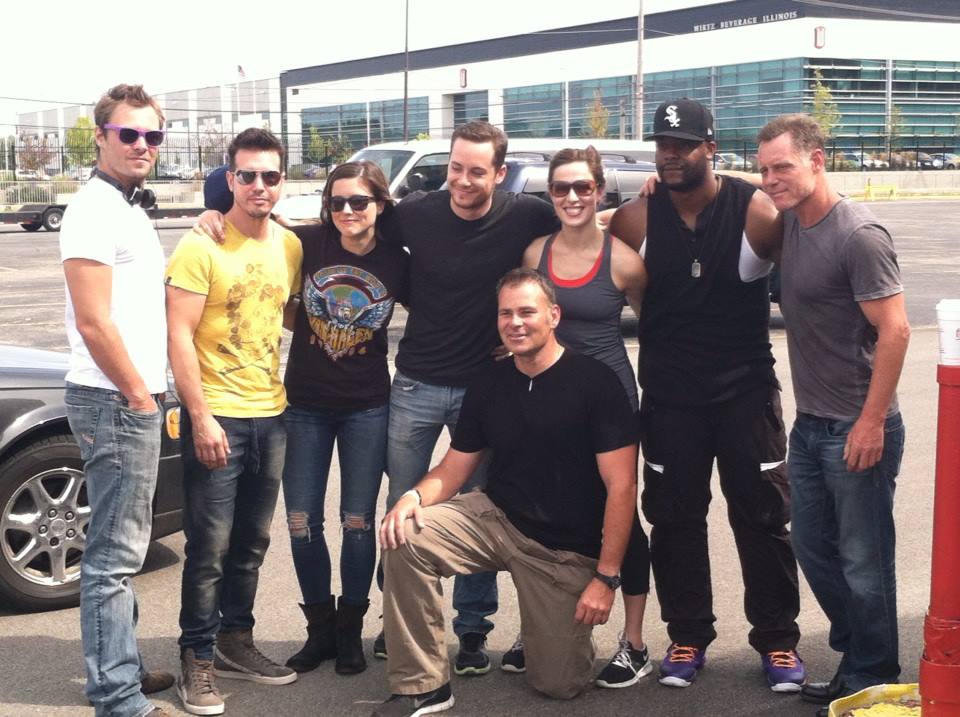