“The Meat Suit” issue of Time Out Magazine aka “Make It As An Actor” featured Chicago Actor Lance Baker donning a suit made of meat. I like my Actors rare. Along with the Actor in a Meat Suit, the cover also featured a small dog. Working with children or animals on set can be very interesting at best. And, when you pair a dog with a person covered in raw meat, it can make an interesting day. The dog kept nibbling at the Meat Suit all day, and by the end of the day he left part of the meat suit, regurgitated, on the set. He was a hard working dog/actor, and you might say he gave everything he had that day…….and left in right there on the seamless paper as a memento. The photo was done by Michelle Nolan in 2008.

Two years later, in September of 2010, Lady Gaga appeared on the cover of Vogue Hommes Japan, in a meat suit of her own. I wonder if Lady Gaga reads Time Out Chicago? Who knew? 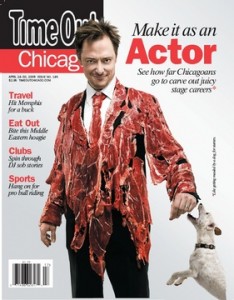 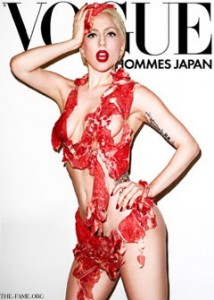 Make Up For Ever – HD Finishing Powder Compact

Is Your Makeup Artist Ripping You Off? Article by Nikita Pere
Scroll to top